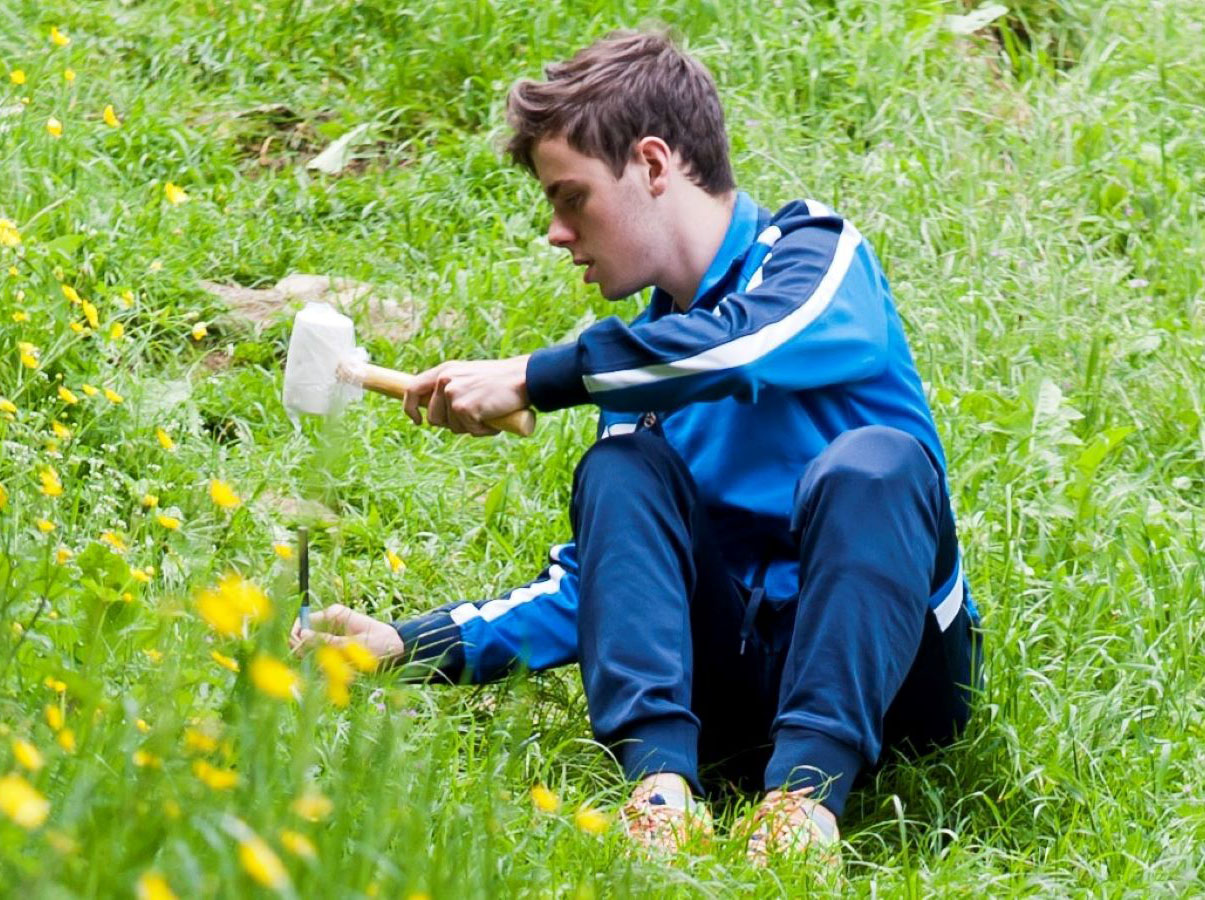 Monuments and Shared Values Towards a New Relationship with History

In recent decades, the function and form of the monument have been the subject of a far-reaching international discussion – and Italy has not been left lagging behind. In 2010, the crisis of the traditional monument and its role in society was the focus of the 14th Biennale di Scultura in Carrara, titled Post Monument. Curated by Fabio Cavallucci, it highlighted how during the twentieth century the monument underwent a process of “de-monumentalisation”, which unbound sculpture from its celebratory functions. The process came to replace the finished work, the sculpture descended from the plinth and spread out through space, “elements of improvisation and randomness burst onto the scene, and art begins increasingly to be conjugated in the present: the quest for grandeur and eternity no longer seem to make sense” [1]. Post monument is the expression used to refer to artistic interventions that reflect on historical narration and the precariousness of the present, which require a form of collective participation. Stefania Zuliani emphasises that the destiny of the monument in public space is linked “not to commemoration or celebration, but to the construction and translation (translation and not tradition) of a collective memory that is constantly being rewritten, inevitably also altering the terms of the commission, which increasingly also becomes the result of a negotiation and a direct citizen involvement ….” [2]. Mechtild Widrich speaks, for her part, of Performative monuments: “temporary, precarious, small, they engage, act on, and with their audience”[3]. Among the many artists who have worked on monuments, there is the landmark Monument Against Fascism by Jochen Gerz and Esther Shalev-Gerz, who speak of a “counter-monument” (Gegendenkmal), delineating a threshold that distinguishes the (non-) monumental form of the future from the monument of the past; “instead of rhetorical celebration [it] privileges progressive and processual dimensions”. The reasons for this development can be traced back both to the evolution of artistic languages and research, and to the urgency of reconstructing a democratic, horizontal space, in which monumental rhetoric “leaves room for personal elaboration: so that memory does not remain a formal fact, it is necessary for each of us to find our own way”[4]. The monument is thus redefined as a diffuse, open space, an aesthetic and symbolic form, generative of relations with the present and future of the city.

The last twenty years have seen ever more penetrating discussions of the celebratory function and forms of the monument. Yet there are also earlier examples of this theme being addressed, as in Giò Pomodoro’s Piano d’uso collettivo (1977), a “non-celebratory anti-monument” dedicated to Gramsci, or Michelangelo Pistoletto’s sculptural group Dietrofront (1981-1984). In the 1990s, the field of experimentation around the monument was widely developed through activation of research on the urban field, which was to be fluid and relational in character, by artists such as Stalker/Osservatorio Nomade, Luca Vitone, Alberto Garutti and Cesare Pietroiusti. Here, sculpture becomes the material of relationships, of the paths that cross in the urban context; authors redefine the work as the epicentre of events that concern expanded urban maps, transformations, and environmental and social issues. The work in public space thus takes on an immaterial or processual dimension, as in Garutti’s operations, in which physical and mental maps are superimposed, activating pulsations, ignitions, and phrases that pay homage to the fallings-in-love, the births and the everyday emotions that bind people to places. In this sense, in 1981 Maria Lai became a forerunner of the transformation of the monumentality of forms into the vitality of relationships, with her famous intervention Legarsi alla montagna in Ulassai, in the heart of Sardinia.

In the international debate on the future of historical monuments that bear negative representations or mistreatments of people or cultures, the possible actions appear to be basically three. It is possible to either remove them, move them (to museums, universities, or cultural centres), or “re-signify” them. We can agree with Lisa Parola that the answer on what should be done depends on the given case. Examining the question of the Quattro Mori monument in Livorno, Parola says: “I am not sure that removing them would be the right choice. First of all, because of their undoubted artistic value and, secondly, because I think it would be more useful to define tools for retracing their history, to accompany these statues with artistic, educational and social projects that can reposition our gaze and open up research and debate”. [5]. Indeed, the questions related to monuments can lead to thought that is oriented to making us more conscious of our history and of the present. Various Italian artists have focused on lowering the monument from its pedestal in order to erase or reduce the distance between object and public, often by using participatory practices aimed at triggering a discussion on history and memory as it relates to the present: “Taking away monuments’ authority makes it possible to use them as objects, devices for collectively rethinking history, public space and collective action” [6].

Up and down from the plinth

A popular example of this “descent from the pedestal” and the involvement of citizenship is Gunter Demnig’s itinerant European project Stumbling Stones (Stolpersteine), which aims to reconstruct a diffuse memory of the citizens deported to the Nazi extermination camps, starting with German sculpture that, between the 1980s and 1990s, reflected on historical traumas by working through removal and performativity. A case of “going up on the pedestal” is the Fourth Plinth Project in London’s Trafalgar Square: the plinth, intended for a never-realised equestrian statue, has been the “site” of temporary art interventions since 1998.

One “ensemble” of pedestals is Francesco Arena’s sculpture Genova (foto di gruppo) (2011). It starts from the official photo of the ten leaders who attended the 2001 G8 summit, to create a monument that goes from the bottom to the top, bringing a traumatic removal to the surface. The work has ten plinths of different heights: if Carlo Giuliani were alive and could climb them, he could look each head of state in the eye. Irene Pittatore also takes up the theme of the pedestal in the performance Basamento pubblico (2013), which delves into the theme of the hierarchies of the subjects being represented and, in particular, of gendered monumentality. It thus sustains a reflection on the role and forms of the contemporary monument and on the responsibilities of the various actors involved in urban regeneration processes. Along the same lines, Cosimo Veneziano reflects on the need to pay homage to women’s work in Questo è dunque un monumento? (2012), intervening on an urban fountain with sheets of corten steel that reproduce the gestures of the labour once performed by women workers at Superga, in the very area where this factory once stood.

Another pedestal – this time devoted to courage – is that of Anything to Say? (2015-2020), a bronze sculptural group by Davide Dormino created in homage to Julian Assange, Chelsea Manning and Edward Snowden, protagonists of the WikiLeaks affair. The three figures are positioned standing on three chairs; a fourth is empty and is an invitation to the public to have courage and actively support freedom of information. This is a travelling device that the artist has repositioned in various European capitals, activating pickets, conferences and public demonstrations.

Gianni Moretti’s whole research follows the continuous thread of the “unmonumental”. In 2018, he created a monument dedicated to the Sant’Anna di Stazzema massacre. Starting from the story of Anna Pardini, the youngest victim of the atrocity, he intervenes on the path that the Nazis made to climb up to the village, imagining a golden dust of signs on the ground. The cloud that forms is made up of 26,500 aluminium nails (the number of days that elapsed from the massacre to the unveiling of the work), placed by the inhabitants in spots of their choice. The monument thus breaks down into a set of points and gestures that emerge from the trauma. Trauma also returns in Itavia Aerolinee: Cerimonia (India Hotel 870), executed by Flavio Favelli in memory of the Ustica massacre of 1980: a horizontal intervention, realised in Piazza Maggiore in Bologna in 2010, in which the life-size “airliner” of the DC9 shot down over the skies of Ustica is displayed. The project also includes a series of gadgets from the Itavia airline company, which went bankrupt after the tragic event, as if the artist denied the disappearance and the accident itself, taking up the theme of the repression of memory linked to trauma.

The monumental inheritance of the fascist and colonial era represents a problematic landscape which artists and historians have to confront; the monument to [right-wing journalist] Indro Montanelli in Milan is a paradigmatic example. Numerous artists work by producing “counter-monuments” (or “anti-monuments”): they interrogate history by allowing a change of observation, create processes and actions to counter specific existing monuments. During Manifesta 12 in Palermo (2018), with Viva Menilicchi!, Wu Ming 2 and Fare Ala experimented with a great ritual walking through the city, on the trail of the imperial ghosts behind the names of streets and squares. Each name was associated with an image or text bearing the dates and numbers of the massacres carried out, reconnecting the street signs and plaques to the living memory of history. Viva Menilicchi! interprets a community’s need to horizontally rewrite the historical legacy of cities, reverse ossified narratives and make legible issues that are not problematised in public space. Again through an operation of rewriting, in 2017, Arnold Holzknecht and Michele Bernardi created a neon sign on the enormous bas-relief of the Palazzo delle Finanze in Bolzano, designed by Hans Piffrader as a tribute to the grandeur of the Mussolini era. The Hannah Arendt quotation “No one has the right to obey” stands as a counterpoint to the fascist motto “Believe, obey, fight”, opening up a reflection on the need to intervene on a historical monument/document with an interpretative sign.

The historical monument as a physical pre-existence of the past – perpetuating the rhetoric and symbols of colonialism or totalitarian regimes, in utter contradiction with the shared values of contemporary urban space – is also analysed in documentary and performative works of videoart by Invernomuto, Ryts Monet, Alessandra Ferrini and Laura Cazzaniga. Still on the theme of the re-signification of the traditional monument, Rossella Biscotti’s work Le teste in oggetto (2009) has left a strong mark in the memory. It presents bronze sculptures with effigies of Benito Mussolini and Vittorio Emanuele III, never exhibited due to the outbreak of World War II, which the artist brings back to light, overturning their meaning and stripping them of monumentality: these are no longer celebratory portraits, but instruments that invite reflection on power, to be observed from close-up. That same year, with Momentary Monument (Wall) in Trento, Lara Favaretto intervened on a problematic sign: the monument to Dante, erected between 1891 and 1896 as a warning to those who wanted to stifle Trentino’s Italian identity, and which was thus the product of controversies even at the time. Favaretto conceived a temporary masking of the monument by erecting an eight-metre barrier with jute sacks filled with sand – an operation that was not completed, due to a collapse whose origin has never been understood[7]. Yet this surely was an accomplished work: for the spotlight on history had been turned back on.

[7] In this regard, we might recall the temporary monument-masking operations carried out by Christo and Jeanne-Claude. In Milan in 1970, upon the occasion of the Nouveau Réalisme festival, they made interventions on the monuments dedicated to Vittorio Emanuele II and Leonardo da Vinci, causing a considerable stir. 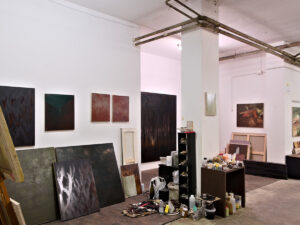 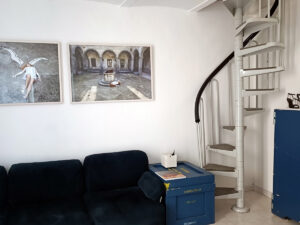