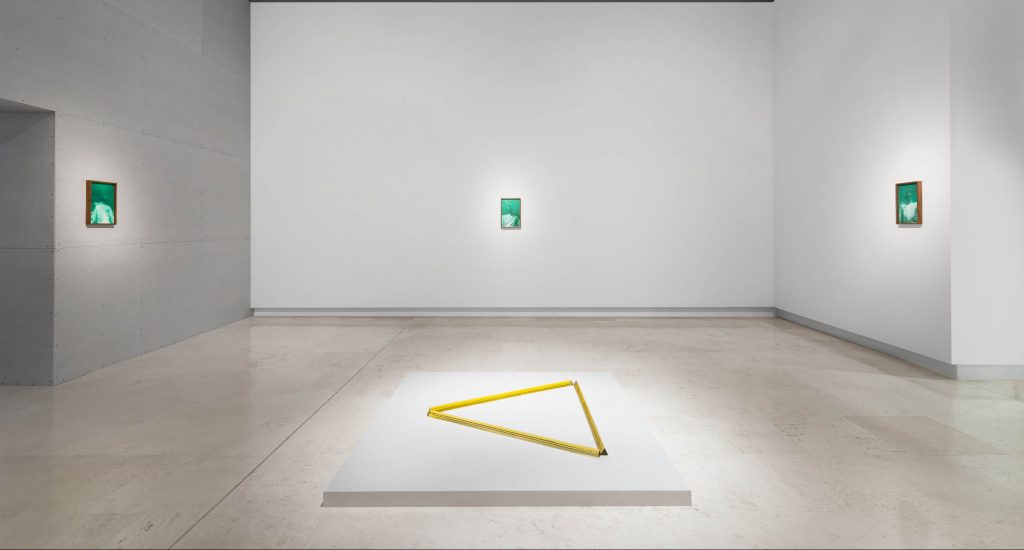 The Quadriennale di Roma is the national institution entrusted with the task of promoting Italian contemporary art in Italy and abroad.

Our name is linked to the Art Quadriennale, that is, the four-yearly exhibition that takes stock of the most up-to-date trends in Italy’s visual arts whose latest edition, entitled ‘2020 Art Quadriennale FUORI’, ended on 18 July 2021 at the Palazzo delle Esposizioni. However, our mission also includes ongoing programming featuring other exhibition initiatives, research and documentation services, publications, seminars, training courses, presentations, awards and workshops covering all forms of expression that, in one way or another, relate to the contemporary visual arts. Since 2018, the programming has been entrusted to an Artistic Director. The Quadriennale Archive Library (Archivio Biblioteca della Quadriennale, ArBiQ) is central to all activities and ensures continuity and rigour in the Institution’s cultural activities. ArBIQ safeguards and enhances a fundamental documentary collection on 20th- and 21st-century Italian art consisting of material produced by the Quadriennale over its 95 years of activity and obtained from a number of other funds. The documentary collection can also be consulted entirely online: the archival funds are described analytically, and the library catalogue is part of the Italian National Library Service. The Quadriennale is a foundation partially owned by the Italian Ministry of Culture, the Municipality of Rome and the Lazio Region. It was founded in 1927 as a periodical exhibition and was established as an autonomous body in 1937.
governance bodies
chairman
Umberto Croppi
honorary president
Franco Bernabè

The Quadriennale is based in the monumental Villa Carpegna complex. Within this complex, the Casino Nobile houses the head office of the institution. The 19th-century farmhouse houses the Library Archive. The 19th-century Casale was restored even more recently in 2005. The Villa, in the heart of the Aurelio district behind St Peter’s, dates back to the late 17th century. The public park that surrounds it still bears traces of its original paths and outlines of fountains and nymphaeums typical of suburban villas of ‘delights’.

casino nobile
The Casino Nobile is the main building in the grounds of Villa Carpegna. Originally erected in the 17th century, it has undergone various transformations over the years.It was built as a country dwelling and place for receiving guests for Cardinal Gaspare di Carpegna, Vicar of Rome from 1671 to 1714 and an important art collector. The design was entrusted to Giovanni Antonio De Rossi, a Roman late baroque architect. The building consists of a rectangular central body flanked by two symmetrical wings and extends over three floors, covering a total surface area of around 800 m2. The frescoes by Francesco Garoli, which decorate the gallery on the first floor, are contemporary to the construction of the villa and depict the Carpegna estates in Montefeltro, framed by balustrades and columns in a composition that reflects neo-Renaissance tastes. The first renovation work on the complex dates back to the second half of the 19th century, with the decoration of three rooms on the ground floor. The most interesting of these is undoubtedly the so-called ‘Pompeii room’, inspired by the Roman paintings uncovered at the end of the 18th century in Pompeii and Herculaneum. In the early 20th century, the villa was purchased by the Dutch baroness Caterina von Scheyns, a well-educated and unconventional noblewoman, who lived there until her death in 1937, making substantial changes to it. Externally the facades were painted red and decorated with white floral motifs in the Art Nouveau style. The entrance hall was fitted with a mosaic floor and decorated with images of plants painted in tempera. Under the ownership of von Scheyns, the villa became an international salon open to figures such as Guglielmo Marconi and Monsignore Roncalli, who went on to become Pope John XXIII.
the 19th-century Casale
Documented in the Gregorian Cadastre of 1818, the first nucleus of the Casale is described as a house “for dining purposes”, very probably with a portico.Subsequently, in the early 20th century, baroness von Scheyns, the owner of the villa, added an additional structure and external motifs with geometric motifs to echo the Art Nouveau style of the Casino Nobile. The Casale became a real extension of the villa, fondly recalled by monsignor Roncalli as a place where he loved to perform his “spiritual exercises”. Today, the Casale houses the Quadriennale’s Library Archive. This two-storey building covers a total area of 300 m2. On the ground floor, the main room, divided into three aisles with a cross-vaulted ceiling, is used for the consultation of documents, with computer stations that provide access to the search tools (databases) and multimedia documentation services.
history 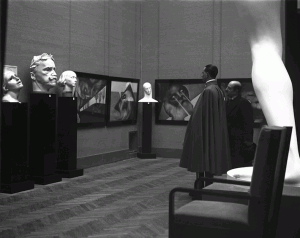 The Quadriennale was established in 1927 through a resolution issued by the...

In 1948, after the war, the Quadriennale re-emerged at the Galleria Nazionale... 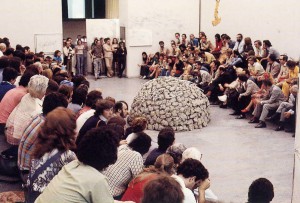 In 1950, the historian and critic Fortunato Bellonzi was appointed general secretary... 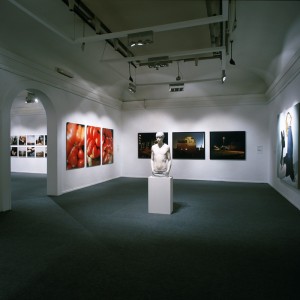 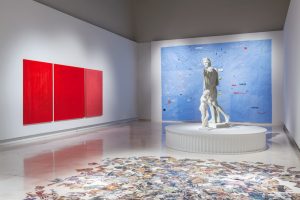 In April 2015, manager Franco Bernabè was appointed President of the Foundation.... 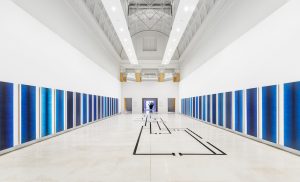 In August 2019, under the artistic direction of Sarah Cosulich, a change...

As part of its external relations policies, 2020 saw the Quadriennale establish a procedure for granting patronage, as a sign of further openness to proposals for cultural enhancement coming from non-profit organisations. Within this context, patronage is intended as a form of formal recognition aimed at expressing symbolic support for initiatives produced by third parties. For the Quadriennale, the granting of patronage is one of the “tools for fostering organic contact among the Foundation, the national and international cultural system, the relevant operators and the public” (Art. 3 of the Statute).
Patronage may be granted for initiatives such as exhibitions, reviews, publications, seminars, study days, conferences, research, etc.. Preference is given to the coverage of key figures and/or events in the history of the Institution, as documented in the Archive Library. The granting of patronage is regulated by a set of rules establishing the application procedure, the requirements for applicants and initiatives. The granting of patronage by the Board of Directors of the Quadriennale does not give the right to financial contributions from the Foundation. For further information: relazioniesterne@quadriennalediroma.org.

The Quadriennale, which is a private-law body under public control overseen by the Italian Ministry of Culture, identifies sponsors in compliance with Articles 19 and 151 of Italian Legislative Decree No. 50 of 18 April 2016 and subsequent amendments and additions, which contain the Public Contracts Code.
Being a sponsor of the Quadriennale’s cultural initiatives affords opportunities for communication, marketing and Corporate Social Responsibility, with the possibility of developing new and creative projects that meet the needs and strategies of the partners. Should you require further information and wish to initiate a dialogue with a view to proposing an agreement, please write to relazioniesterne@quadriennalediroma.org. We will be happy to contact you as soon as possible. However, we are already providing basic guidelines on how to submit expressions of interest. All interested parties can send their proposals to the quadriennalediroma@pec.itaddress by providing details of the proposer, indications on the subject of the sponsorship (including annual partnership, sponsorship of the Foundation’s sectors or areas of activity, sponsorship of the Art Quadriennale) and the financial and technical nature of the sponsorship. In the event of a single expression of interest, the Foundation reserves the right to proceed with direct negotiations. In the case of multiple bids, should these not be compatible, the Foundation will proceed by restricted invitational negotiation in which the conditions of participation and the award criteria will be detailed.