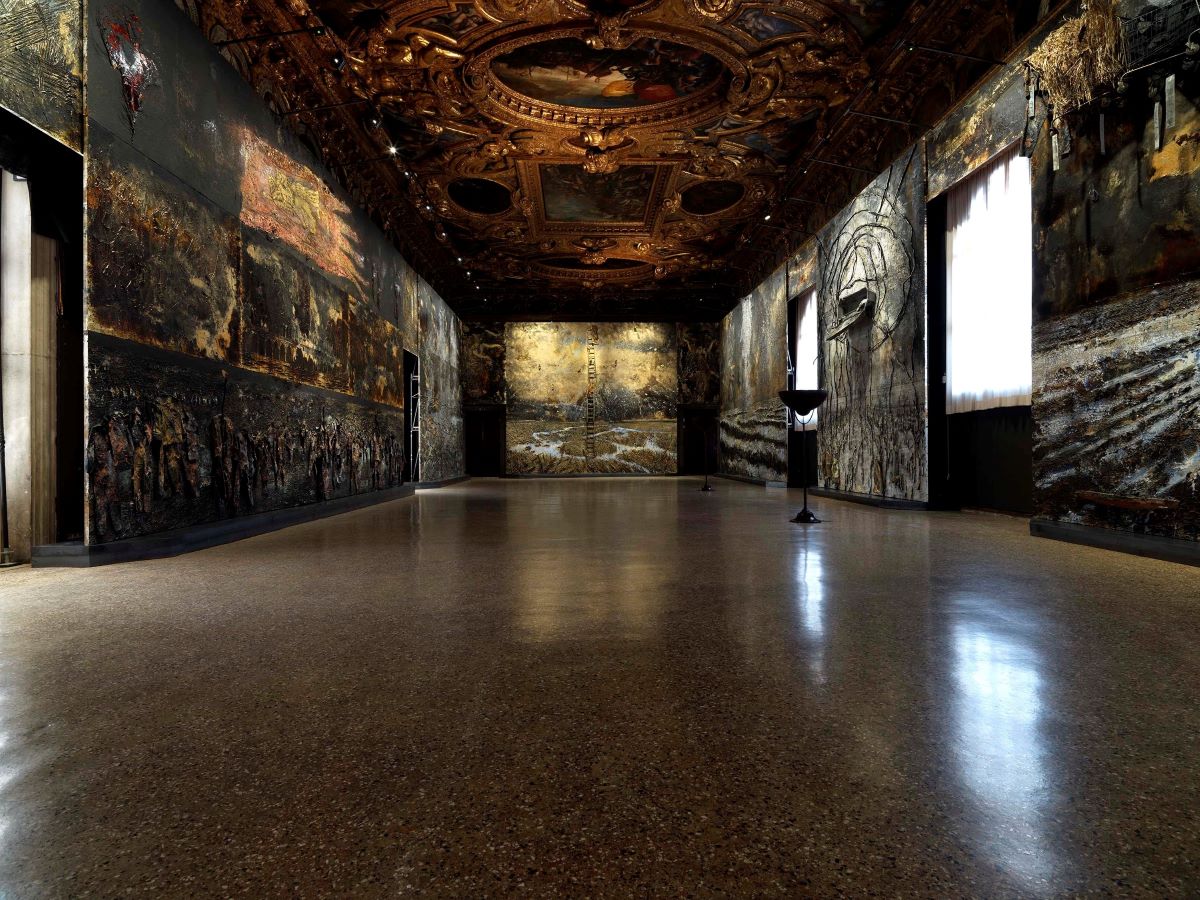 The 2022 Biennale and Its Surroundings

First and foremost, credit is due to president Roberto Cicutto and visual arts director Cecilia Alemani for steering the ancient and glory-laden yet future-bound vessel of the Venice Biennale out of the shallows of the pandemic, which had also brought a notable delay.

There is no doubt that — partly also as a result of the postponement and the need for online connections — Alemani carried out a mighty amount of research for her exhibition, with the titleThe Milk of Dreams, taken ftom a book by Leonora Carrington. Her research, however, was so far-reaching that it generated a very high number of exhibited works, and this is a first fact worth reflecting on.

When André Breton published his great book L’art magique [1957] he accompanied it with an Inquiry addressed to artists, philosophers, writers… (one of the various surrealist methods for pooling thought). Their number included Carrington, who did not provide answers to every question, but responded with a short all-encompassing text in which she defined her style as “prezoological” and writes: “Until the artist has become a magician again, in the sense of masters the art of magic beginning with himself, it can only be said that in art, spells are as dangerous and confusing as weapons in the hands of modern politicians and heads of state … Only in the bizarre ocean of magic can the being find salvation for himself and for his sick planet … When it comes to magic, to be clear first of all means to be chaotic, for in their origin the two are one.” I thought back to these words, as I leafed through the very rich catalogue of The Milk of Dreams, perhaps the real exhibition.

Taking Carrington as a starting point, Alemani reconnects to the great tradition of Surrealism and the magical thinking that founded it. The other half of Surrealism — Carrington, Leonor Fini, Meret Oppenheim… — conjugates this thought in sophisticated forms, intellectually and artistically. But if the great broadening of research in the catalogue produces “difference”, complexity, and depth, in the exhibition it risks producing “repetition”, indeed especially because of the vast number of works exhibited.

There is a question that underpins the work for the Bienniale: “What are the differences that separate the animal, the vegetable, the human and the non-human?”

Within the exhibition, which occupies the Central Pavilion at the Giardini and a good part of the Arsenale, starting from the Corderie, Alemani has set out “time capsules”, small exhibitions of a historical, thematic, nature, passed through in chronological order. This is a very interesting aspect. One of these capsules is inspired by Materializzazione del linguaggio, an exhibition that rehabilitated women’s presence, which Mirella Bentivoglio had been commissioned to curate in 1978 by the then-president Carlo Ripa di Meana (a presidency that deserves further investigation, as it turned out to be a forerunner: the Biennale dedicated to Chile [1974] inspired Okwui Enwezor for his [2015], and the Biennale of Dissent [1977] could tell us a lot about today). “So what was missing before was not quality, but only information” (Bentivoglio). Now we have information, let’s hope there is no lack of quality. Alemani states that it does not matter to her if the exhibition is labelled “politically correct” or “the women’s Biennale”. In any case, it will be difficult to avoid these definitions, since they correspond to the criteria for the exhibition’s preparation.

At the Giardini, the exhibition has a gallery-like layout. There is no shortage of well-established presences, such as Katharina Fritsch (Leone d’Oro for lifetime achievement), Rosemarie Trockel (also responsible for many works with knitting, which abound along the course of the exhibition), and Carla Accardi. Cecilia Vicuña (another Leone d’Oro for lifetime achievement), Simone Fattal, the historic Agnes Denes, and the young June Crespo stand out. Relatively little space is devoted to Nanda Vigo, Laura Grisi, Dadamaino, and Grazia Varisco. And here the story picks up again in a completely different tone at the Arsenale, which has never been so packed with works. Striking here is the “muscular” aspect of many works. The first room presents Brick House, a monumental bronze bust by Simone Leigh (the same artist who transforms the American pavilion), and the large works by the Afro-Cuban Belkis Ayón, dedicated to a secret brotherhood. Rosana Paulino uses a variety of mediums from embroidery to drawing in series, such as the one dedicated to wet nurses of colour, a practice of exploitation, while the fine threads of the roots envelop those who have generated them. The videos, of which there are rather few, would deserve a discussion of their own: the qualitative level (not always present in some pictorial works) is good, but the themes are well-worn, generally relating as they do to climate change: Thao Nguyen Phan is trained as a painter, but she presents a three-channel video that follows the transformations of the Mekong River; sacredness and rituality inhabit many videos, such as the one, among the most beautiful, by the Uzbek Saodat Ismailova; the Chinese Zheng Bo (who lives in Hong Kong) stages sensitive exchanges between species through the bodies of five Scandinavian dancers. Diego Marcon’s video makes me think of the German term unheimlich, related to Freud’s last writings, translated into Italian as perturbante (“perturbing”), which from a semantic point of view is the opposite of heimlich, familiar, but from another point of view contains it in itself: the perturbing inhabits the familiar. The most interesting of the videos comes at the end: on the waters of the Gaggiandre, Wu Tsang projects a video installation inspired by Melville’s masterpiece Moby Dick, from the whale’s viewpoint.

After so many “big” paintings and sculptures, it is somehow refreshing to come across the large installation by Colombian Delcy Morelos, which speaks of our relationship with mother earth. Sandra Vásquez de la Horra (a Chilean who lives in Berlin) revives the ancient technique of drawing in an original way, and seals paintings with wax, passing myths and rituals on to us. UOne of the best authors presented is Noah Davis, an American artist and curator who died at just thirty-two years of age: Ian Wallace’s text in the catalogue defines him as influenced by Marlene Dumas and Luc Tuymans, but to me, honestly, it seems that the interest of his work goes beyond these references; the pictorial quality is very high, as one can tell just by looking at The Conductor. In the cyborg capsule we find great historic artists, Florence Henri, Hannah Höch, and Rebecca Horn. Very interesting is the photographic work of Joanna Piotrowska (who lives between Warsaw and London): in her Franticseries she invites her subjects to build makeshift dwellings, refuges, in their homes, in which to be photographed. Precious Okoyomon’s work, which had created expectations, is a bit of a disappointment: her garden of overrunning vines does not appear to have been prepared perfectly. Why have we forgotten Maria Thereza Alves? The Leone d’Oro went to Leigh. Awarded the Leone d’Argento, the Lebanese artist Ali Cherri presents a video where the protagonist attempts to turn mud into bricks. Great Britain’s pavilion received the Leone d’Oro, though it had not drummed up any particular appreciation among the professional day participants, whereas Belgium with Francis Aly͏̈s, France with Zineb Sedira and Italy with Gian Maria Tosatti had drawn much acclaim[1]. While the large number of works made it difficult to make a clear reading of The Milk of Dreams, the Danish pavilion, featuring a family of centaurs, proposed a reflection on similar themes in a concise, essential and clear-cut manner. Ukraine, in addition to Pavlo Makov’s work, which came from under the bombs, is present in Piazza Ucraina, where a pile of sacks recalls the systems used to protect monuments in wartime. Also worth mentioning is the Canadian pavilion, where Stan Douglas, who as always reflects on the facts of history, uses photos and videos to establish an analogy between key years, for example 1848 and its “bourgeois revolutions”, and 2011, with the protests in Tunis, Vancouver, London, and New York. Italian artists represent Malta — Arcangelo Sassolino draws inspiration from Caravaggio’s Maltese altarpiece, with the contribution of two musicians — and Australia, with the artist-musician Marco Fusinato (born in Melbourne to Italian parents). Also worth mentioning is the presence of Giuseppe Stampone at the Cuba pavilion.

But Venice is a lagoon, and thus many events and exhibitions emerge around the Biennale, making it an extraordinary archipelago of contemporary art. Among the wonderful fringe events is the exhibition by Louise Nevelson, who is also present in TheMilk of Dreams, while in Take your timeFrancesca Leone tells us about time through the metamorphoses produced by rust on metal sheets that become drapes, stalactites, roses. Surrealism and Magic from the Peggy Guggenheim Collection dialogues with The Milk of Dreams. Anselm Kiefer’s exhibition at the Palazzo Ducale, in the room where the doges were elected, is splendid: the title, Questi scritti, quando verranno bruciati, daranno finalmente un po’ di luce [“These writings, when they are burnt, will finally shed some light”], is taken from the words of the philosopher Andrea Emo, who wrote 322 notebooks throughout his life, without ever publishing them, and was rediscovered by Massimo Cacciari. Kiefer reflects on history, on memory, and on the city of Venice itself, as a threshold between East and West. The exhibition of Afro at Ca’ Pesaro is very beautiful and important, and there is also a small, refined exhibition dedicated to the abstractionist Bice Lazzari, who would have fit nicely intoThe Milk of Dreams (together with other Italian artists such as Elisa Montessori). The Fondazione Vedova is hosting Arnulf Rainer this year, in the contest at the Magazzini del Sale, where Emilio Vedova’s energy emerges strongly, with many unreleased works which could hardly be forgotten. At Punta della Dogana there is Contrapposto Studies by Bruce Nauman, excellently curated by Carlos Basualdo and Caroline Bourgeois. Particularly noteworthy is Penumbra at the Complesso dell’Ospedaletto, eight new video and film works which the Fondazione In Between Art Film commissioned from eight artists. In particularly we will mention Takbir by the Afghan Aziz Hazara — who recounts that, just as during the Soviet occupation Kabul’s inhabitants used the darkness of the night to protest, so in 2021 the Afghans returned to the rooftops to shout “Takbir”, while both the government then in office and the Taliban attempted to instrumentalise this for their own propaganda — and Pantelleria, a work by Masbedo that refers to an incredible episode: the violent Allied bombing of the Sicilian island in 1943, and the repeat performance carried out in order to shoot a combat film for propaganda. This last work (which took two years to prepare) has a very strong present relevance.

From this archipelago of exhibitions — most of them very beautiful and interesting — there arises a certain wish. Are we sure that an increasingly gigantic one-off exhibition, in the spirit of the Salon, is beneficial to the Biennale? Can we think of a different logic? We might recall a few precedents in which the director was the director and not the curator of a mega-exhibition, for example at the 2003 edition, when Francesco Bonami called in several curators for different projects in which he was only partially involved, a polyphonic exhibition of exhibitions, with different perspectives on contemporary art, from Catherine David, to Hou Hanru, Massimiliano Gioni, Hans Obrist…

[1] As for the Italian pavilion, let me say one thing: when I was among the curators of the pavilion in 1990 along with the director Giovanni Carandente, we had given a room to each artist (before and after it was not always like this) and we asked to put it on the record that we should move towards a “normal” Italian pavilion, with just one curator and one artist. That this dream has come true, after thirty-two years, is a great satisfaction… 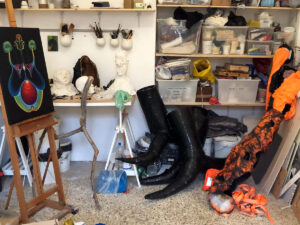 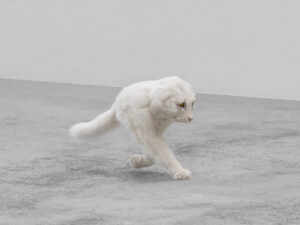 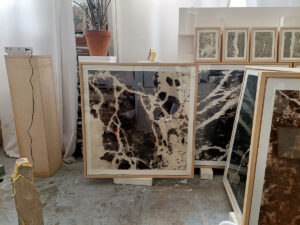