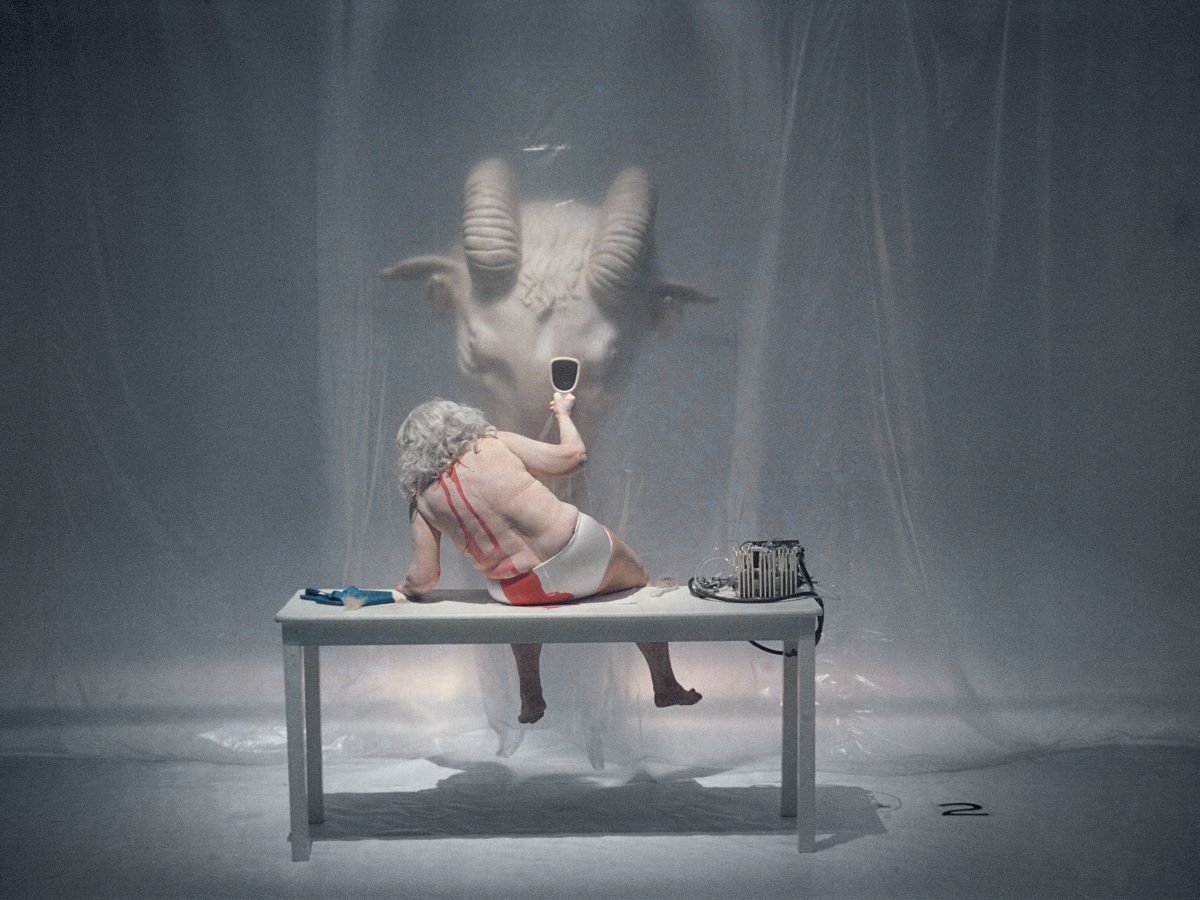 Gian Maria Tosatti: Gian Maria Tosatti: This issue of the magazine focuses on the concept of the ‘popular’. This is what I’d like to discuss with you. Actually, to be more precise, I would like to address the idea of ‘tragic’, because I think nothing is more popular than tragedy. Not only because it is a form that has survived for twenty-five centuries, but also because it is the device a community uses to confront itself Also in Carlo Levi’s Christ Stopped at Eboli, when the people oppressed by the abuses of fascism finally decide to make themselves heard, they resort to theatre in a form that we could say is almost Athenian, which allows for the elaboration of collective trauma.

Romeo Castellucci: Yes, this is an important topic.

RC: Let’s start from the fact that these words can have different meanings, both ‘people’ (and therefore popular), and ‘tragedy’. As I understand it, ‘popular’ is an adjective that is antithetical to tragedy, precisely because the tragic institution is based on the individual.

Yes, we could also argue that the people – I actually prefer the word ‘citizenry’ – is made up of individuals, but we must not forget that tragedy has a vertical structure and stands in contrast to democracy. It pins individuals down, it nails each person to his or her individual guilt. People are guilty of being born, of having a certain name, of being alive in a specific time and place. Tragedy confronts us with the guilt of existing, because existing also means doing evil, paradoxically hurting others.

GMT: These others, however, are the community, the citizenry, the people. They are, perhaps, the counterpart of the hero, they are precisely the space of the tragic, the space of guilt.

RC: Not at all. When the hero finally becomes aware of his tragic fate, he is systematically removed from the community. He is destined to die in solitude, away from the community, outside the city, even though he was once its master. He is reduced to silence. His language becomes silence. And this dispossession opens up an abyss that also engulfs the spectator. It poses a provocative question about the meaning of citizenship.

GMT: These are two different levels, even though they are connected. On the one hand we have the hero, and this level is internal to tragedy, while on the other we have the spectator, so the level of the community. I think it is the combination of these levels that constitutes the real mechanics of tragedy.

RC: Yes, this is true. In fact, from my point of view, tragedy can take place only insomuch as there is a city. Tragedy in nature makes no sense. Tragedy makes sense where there is conflict, social, political, religious, and ethical conflict. Conflict underlies everything. Indeed, while it is true that the Greeks could not have conceived of salvation, which is why tragedy expresses the immanent dimension of condemnation, still, tragedy remains a field of struggle. The tragic hero is called upon to perform redemption.

GMT: This is eminently political. However, it is political in an individual perspective that widens and becomes collective (hence political) when the individual, after having been expelled from the context by the fatal mirror of tragedy, once the performance is over, once the ritual is over, returns home and goes back to being part of the citizenry, the ‘state’. My question is: in that brief time in which the citizen and the hero stand facing each other, in the space of the theatre, who are they for one another?

RC: We cannot know who they were at the time when tragedy was alive, in the Athens of Pericles. We can only speculate. I have made the childish and megalomaniac attempt to reconstruct tragedy, and I can say that the hero was the mirror that deformed the face of every spectator. And precisely because he deforms a face by turning it into a mask, he allows there to be transference, identification. We always identify with the hero, who is always the figure to embody evil, to break the laws.

GMT: InAntigone, however, we do not identify with the negative hero.

GMT: You are right. Perhaps it is our Christian culture that shows us Antigone through the lens of compassion, making it difficult for us to see her as a negative character.

RC: Absolutely. Christ was the outlaw of his tragedy.

GMT: Let’s say he was the one who wrote a new law.

RC: Exactly, but to rewrite is to break. Antigone does not write, but inaugurates a new moral order. She appeals not to the law but to something higher: justice. And so does Jesus. I don’t intend to draw comparisons, however…

GMT: Well, this parallel is already visible in our culture. Ancient culture was structured around the archetypes of Attic tragedy, while the modern age is based on a new archetype, the figure of Christ, who embodies the new man, leaving behind the ancient one. It is a paradigm shift.

But these reforms, those of Antigone or Christ, are grounded in the people, who are called upon to relate to the trauma these figures embody. In fact, I believe the core of tragedy is not to be found in the space of the theatre, but in the road leading away from it, the one the spectators take when they go home. It is here that tragedy dissolves into the blood through catharsis, and the spectator, returning to his life, walks along the road of destiny with awareness.

RC: This is a hypothesis, though I am very attracted to something Benjamin said, contesting the classical meaning of catharsis. According to him catharsis was not purification, but a nervous discharge, an electric shock that released into the satirical drama the stress and anguish accumulated in the three tragedies. This introduces the idea that laughter, which is deeply connected to the experience of death, liberates, but only in a neurotic sense, not a spiritual or a salvific one. On the other hand I also think that in the Greek philosophical context tragedy had something to do with pleasure, the kind of pleasure one derives from becoming immersing in mud. What is certain is that the spectator would leave with a doubt. Indeed, how can one experience catharsis when Orestes is judged and the votes against him are the same number of those in favour? Tragedy generates problems, it does not seek solutions, no one is able to say who is right. Orestes is acquitted only because Athena’s vote counts more. So his is a false acquittal. The spectator does not go away thinking that Orestes is innocent. Orestes is acquitted, but he is not innocent.

GMT: This is the main point, Romeo, because art in general, which stems from tragedy, must always transfer judgement to the spectator, because the responsibility for finding political solutions lies with the spectator. Tragedy participates in the solution by creating around it a state of necessity that invests the spectator. But it can never say what is right or wrong. It cannot because these are impossible categories for logos. logos. There is space for them only in praxis, in the action of the man who sets out towards his destiny (and that of his community) with a tragic doubt in his blood.

RC: Indeed. Art cannot show what is absolutely right. Ethical art is a contradiction in terms. Art is aesthetic, it is outside ethics, it is located at its origin. It is impossible to create uplifting art, politically correct art.

GMT: If ever such an art was experimented with that was under Nazism.

RC: I agree. Unfortunately an art able to provide answers, able to reassure, is not art.

GMT: No, art does not reassure. I remember the attempt you made with Tragedia Endogonidia, from 2002 to 2004, when together with Claudia and Chiara (the members of the then Socìetas Raffaello Sanzio) you tried to regenerate the institution of tragedy in the present.

In this regard, you said earlier that you prefer the word ‘citizenry’ to the word ‘people’. However, your Tragedia Endogonidia did not take place in a city, it took place, episode after episode, in an area that coincided with the whole of Europe. I find this interesting, because when a cultural device such as tragedy is reactivated in the present, its space of reference (i.e. the space that defines the political community that is reflected and that recognises itself in tragedy) is no longer the city, but a wider area, Europe. What do I mean by this? That your tragedy brought to light a political circumstance that our institutions are still unable to fully inhabit. I mean that when tragedy, as a device that has a profound connection with identity, pronounces the name of the city it belongs to (and therefore of its citizenry) it pronounces the word Europe, and in doing so affirms the existence of Europe as a political entity.

RC: : I agree with you, even though this was not intended. Let’s say that what happened and what you note is rather a symptom, not a therapy.

GMT: I can understand that it was not intentional, but the mediumistic act of the tragedian – in that case the three of you –, stated the existence of a supranational community, which corresponded to what Athens might once have been. Europe as a state, and the state, therefore, as a cultural community. This is what politics, understood as the political class, has not been able to do in the past forty years.

RC: Undoubtedly. I believe that in this sense Europe is our cultural home. If, on the other hand, you are saying that it is the task of art and artists to found it, or to found the city, I don’t agree. That is not our field. What artists do it throw into this field a scorching object, a problem. What men will do with it is a crucial matter, but it no longer concerns the artist.

GMT: Artists are a bit like Tiresias, they are not responsible for the prophecy they pronounce. And this is true also when they know that the same prophecy will turn against them. Perhaps this is because artists never speak using their own voice, their own words.

RC: Artists never speak using their own voice. That is true. An artist is someone who listens, who is always listening, that is what artists are condemned to. But they do not interpret reality, they render it as it is, however deformed. Indeed, deformation is their art, it is their super technique, and this means they convey a symptom, never a diagnosis, because an artist is a face in the crowd, not a priest, not a spiritual guide, an artist knows nothing about these things. And so artists let themselves be traversed, as you rightly said, by power, as St Paul would have said, they let other forces govern them, they have no plan. The same goes for the Tragedia Endogonidia, which had no project, I advanced one step at a time. There was a dimension of darkness, of loss of control, where listening became necessary to maintain balance.

GMT: Precisely, not using one’s own voice means leaving room for the voice of the Zeitgeist. To sacrifice oneself, to disappear, to let the spirit of time reveal itself. And isn’t this the true meaning of ‘popular’?

RC: Yes, you could be right. But the word popular is not enough. Because it comes from popolo, which refers to identity, while tragedy breaks identities up, it questions them. That is why I feel this word entails a contradiction.

GMT: But the scandal inTragedia Endogonidia was precisely this: it was the tragedy of the European people in a Europe that does not exist. 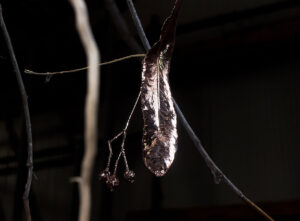 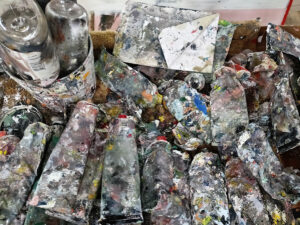