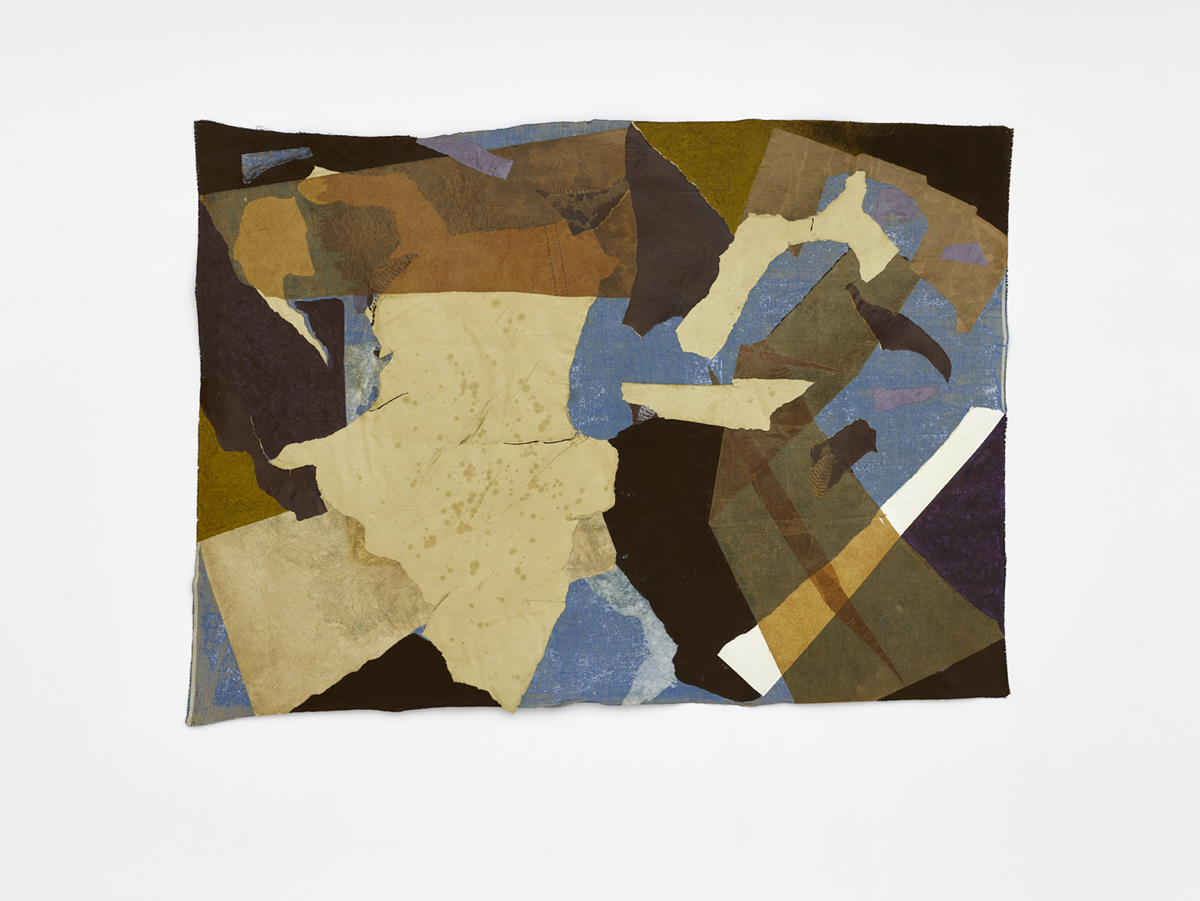 We are two artists.

Francis Offman is a visual artist who uses salvaged or donated materials for his works.

We both carry two countries on our shoulders, two continents. We are Europe, but we are, although in a different way, Africa.

But when we start talking, we don’t start the conversation with Rwanda or Somalia. We start with our art, our third homeland, the craft we so desired, the path we have taken.

Francis’s voice is tinged with enthusiasm when he talks about the coffee he uses in his work, mixing it with glue and water. Coffee that acts as a counterpoint to plaster and the European tradition that partly shaped him. The coffee has the closest of ties with Rwanda. It was brought by his mother after a much-awaited return to his homeland; it took Francis by surprise to be consuming a coffee produced in his own land. Before the genocide, Rwandan coffee, he explains, was not a popular drink, it was exported and almost never consumed in loco. There was more of the French influence of tea with milk, and up till the nineties Rwanda was not a land of coffee drinkers. But then, after the genocide, it did become a major consumer. This novelty – one that his mother had almost accidentally brought back from her trip, in her baggage – encouraged Francis not only to drink, with real gusto, the coffee produced in his homeland, but also to think of coffee as a material he could possibly use in his works, in which he has developed a real obsession with this drink. . He began to study coffee grounds, including from a chemical point of view, and to collect them in a painstaking way. In so doing he has come into contact with many people, many lives. Coffee’s ability to absorb water was, fundamentally, also its ability to absorb thoughts, life, events. What is more, coffee brought him conceptually closer to Rwanda and to a whole series of issues linked to the African continent: from the exploitation of the planet to the idea of recycling. As he speaks, in his calm and precise tone, wholly different thoughts crowd into my head. First and foremost, the importance, in an artist’s work, of the raw material used to give form to their art. A material made of tactile concreteness, even of dirty hands.

When the conversation with Francis Offman ends, I feel that I have a thousand more things to ask. But I impose a silence on myself. The time has come to let the works speak for themselves. To let the art flutter in the wind. 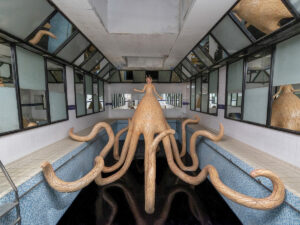 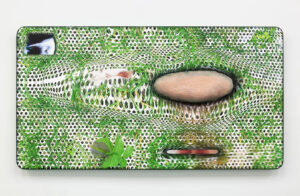 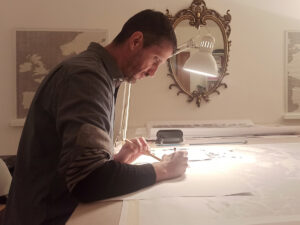